“Right now, as I lean my back
on this chair to take
deeper breaths from the noise,
the bottom of the ocean
deeply breathes out new lives –
that I will never ever fathom”

The third solo exhibit by Ilonggo intuitive artist Marrz Capanang Panakayon sang mga Tinubo or Meandering Natives offered images which reflected the conditions of the Indigenous Peoples of the Philippines.

The show is Capanang’s means of paying a tribute to the guardians of our nation’s land, culture, and traditions and he brought it at the doorstep of known purveyors of modern development by assembling the exhibit at the upscale Mamusa Art Bistro nestled at the Megaworld Business Park.

The show is significant both in terms of the theme and subject for it was assembled by the artist just a month after the nation marked the annual Indigenous People’s Month and seven months after Capanang held his second solo in Iloilo City’s Gallery i which he entitled Pasisiring.

Consistency in concept, subject, and language has solidly manifested in both of his solo shows where he deliberated on the environment and the impact of the neo-liberal development framework. It was all about impacts to living creatures in Pasisiring while Panakayon echoes the struggles of indigenous peoples in their fight to preserve their practices and protect their communities from encroachments by multi-national capitalists through mineral exploration and extraction, unabated quarrying of sand and gravel, destruction of forests for construction of large dams, and massive land conversions for housing.

Beyond the famous beach resorts, the mining pits,

the vibrant festivals, and the war zones,

the Native walks and wanders confused:

Must I beg for alms?

Must I go where the street lights are?

Must I turn my back to the land that I revere?

Somewhere in a faraway school,

A little girl is asked to dress up Indigenous:

no lipstick, barefooted, picked as the most dark-skinned pupil.

And as she dances, the beats and rhythms of the mountains,

fields, and seas, become muffled with the

rising buildings, the knocks on the doors,

the perpetual hunger for the future.

The words of Buenavista under pins the stereotypical characterization of the indigenous peoples and the inter-generational dilemmas that they confront as a result of a systematic marginalization. It describes how society has evolved without fully understanding the prevailing system that undervalued the role that they have played in our nation’s evolution.

The collection in Panakayon challenges the public’s shallow understanding of the IPs’ real essence and existence. The art pieces by Capanang offered an insight regarding their assertions for a voice and an equal claim for space. The artist has expressed an intense commitment and determination to carry their cause using his canvas.

The centerpiece of the show Pagpanakayon, a 4-piece set (48 inches x 24 inches, mixed media) lured intimacy among viewers during the opening night owing to its size and intermingling of earth colors.

Pagpanakayon (Meanders) served as a central theme for the show. But as a set composed of four artworks, it allowed the artist to deliberate on the subset of the subject with dense colors to emphasize significance and fading hues to accentuate its inter-relatedness making the story whole again.

This method of story-telling using images was also pronounced in Pasisiring and its effectiveness has become a signature style of the artist. It is also observed that the technique is a valuable approach used by the artist in his attempt to break down complex social issues into bite-size pieces in order for the viewers to engage on his art and enable them to arrive at a common understanding of the subject.

Panakayon sang mga Tinubo reaffirmed the artist’s affinity with nature and it confirmed Capanang’s ability to impart knowledge through his art.

The show likewise re-emphasized the adage that Capanang has adopted as an art process and philosophy which is “pangut-angut” – a Hiligaynon term that describes interconnection (connectivity or connected ness) and synchronicity.

Ideas, feelings, and thoughts are both ephemeral and transcendental for Capanang and his art process revolves around these two essences thereby resulting in art pieces which are enriched by his innermost feelings, desires, concerns, and worry.

By combining abstraction and social realism, the artist obviously demonstrated his spontaneity – a practice enhanced by Capanang’s highly developed imagination. The artist has admitted that his art process is also his form of meditation; hence, his art is enamored by serenity, harmony, and freedom. 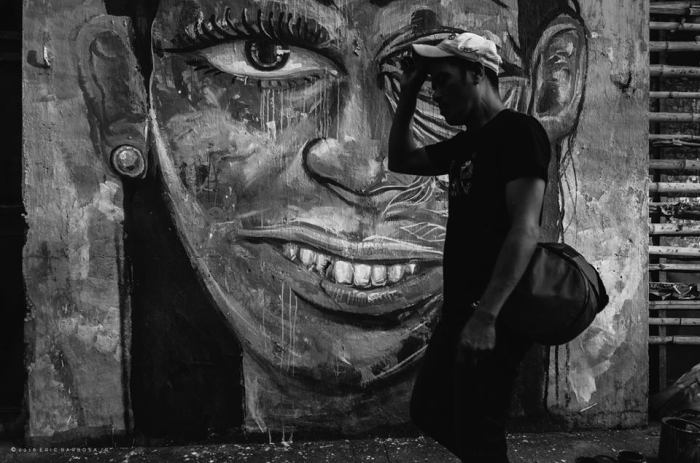 My work in one gritty street in Iloilo, Ortiz. This piece is one of my series Faceless, entitled Faceless: Pa kap-al! – a campaign against cosmetic use and Facebook addiction.

Awarding of Philippine Art Awards at Yuchengco Museum in Makati City along with 19 winners from different regions all over the Philippines.

I feel honored to be one of the speaker for Pecha Kucha: Volume 2 Inspire!

I shared to all who came the story how I have become the person now,

(Discovery of the Wider World),

so far made it as one of the five (5) Regional Winners for the Visayas competition area for the Philippine Art Awards.

Hello everyone, Art In The Park 2016 is here once again!

Bring your family/friends/relatives/or/strangers and marvel at the artworks by seasoned and emerging artists from all over the Philippines. Experience the tsunami of art and the library of life. See through a different perspective and embrace what you can learn. Please support the Philippine art scene, you can buy as much as Php 500 worth of painting/drawing.

In gratitude to NCCA-PCEP, for choosing my art piece as cover for Agung (nationwide bimonthly newsletter). Proud of this and let us continue upholding our indigenous culture; our myths, epics and legend. Salamat sir Liby Limoso for introducing Luyung Baybay, I fell in love with her story, her character and her mystery. She resembles my beloved Kristine so much. ❤ Aand this is for all women who passionately thriving despite the change brought by materialism and imperialism. Happy Women’s Day!

You may download the pdf version on this link: http://ncca.gov.ph/downloads/agung/

My First Solo Exhibit was featured in The Daily Guardian. Thanks to Mayin De los Santos! Learn about how I view art as a whole and how I respect nature. 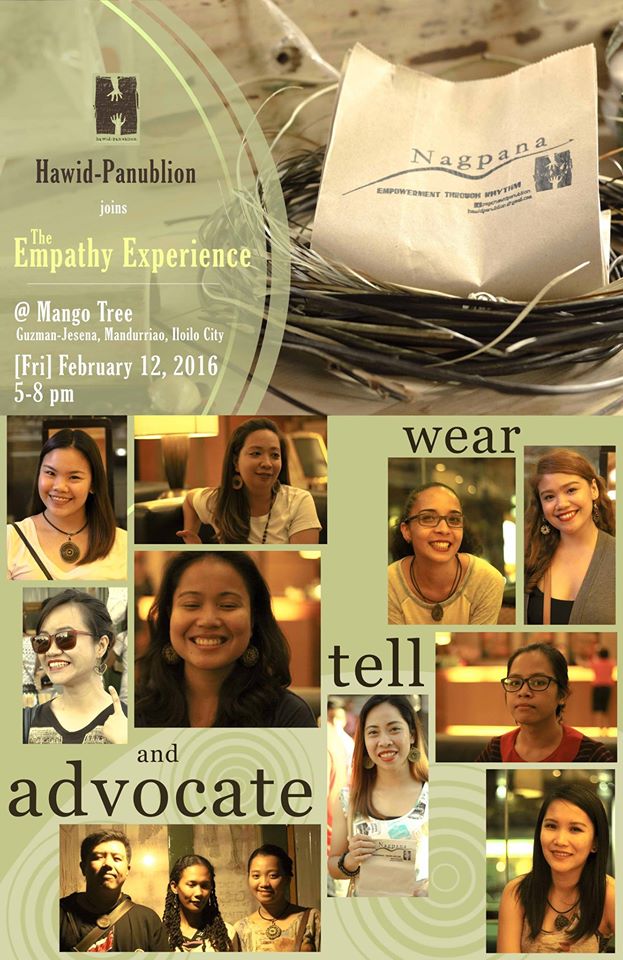